What Makes a High Performance Kitchen Knife and Do You Need One? 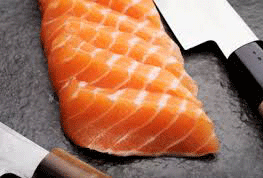 In the kitchen knife world, there’s a lot of gabbing nowadays about high performance knives. You might have read some reviewer gushing about a new high performance blade he’s just discovered. Or online chatters comparing notes on what brand is higher performance than the other. Or some TV chef saying, “well, German knives are fine, but if you really need high performance, you’ve got to go Japanese.” What the heck does high performance mean anyway? And is it something the average home cook really needs?

High performance = sharpness. A high performance kitchen knife is sharp, ultra-sharp. It’s as simple as that. Well, almost. Because it also must have the ability to stay sharp—even after doing a whole lot of cutting. So, not only must it slice up bags of carrots like a guillotine machine, but afterward, still be sharp enough to shred a head of kale.

Secondary to speed (and endurance), a high performance knife also needs to be comfortable. It needs to fit into your hand. It needs to let you skin a pile of pineapples without getting a cramp or sore spot in your palm.

If you’re looking for the ultimate cutting machine, this is it. Few other knives have consistently garnered as much praise from reviewers and chefs alike for its razor sharpitude. Chefs—such as Charlie Trotter—love MAC knives!

The fit and finish of this model is nothing fancy because MAC has put all its energy into perfecting the blade. It’s made from hard Japanese steel that’s been machined thin (unlike your typical German knife) to minimize its resistance when slicing through harder foods like carrots and rutabagas. It comes from the factory with a blistering sharp edge and, if you treat it right (which would include honing regularly), it will keep its edge for a long, long time before needing to be resharpened.

Right about now you might be asking, Does your average home cook slice up bags of carrots? Or skin more than one pineapple in a single sitting? I don’t think so. So why should they care? Because, no matter what, a high performance knife will always make their kitchen prep easier, faster, and more fun.

Just because you’re not cooking up a storm 24/7, doesn’t mean you might not have episodes when a high performance knife can save the day.

For example, you may not notice much difference while slicing up a few veggies for a salad, but, if for the very same meal, you need to dice an onion for a tomato sauce, suddenly high performance will come in handy. Or, in your usual routine of cooking only a couple meals a week for two light eaters, high-power cutting may be a low priority. But when the holidays roll around and you end up creating crudités and casseroles for large family gatherings, then a seriously sharp knife can make a quite a diff. Just because you’re not cooking up a storm 24/7, doesn’t mean you might not have episodes when a high performance knife can save the day. It’s a bit like cars, like driving a BMW. A high-performance knife can zip through food at high speeds without being thrown by an unexpected curve.

But before we all run out and buy $200 Japanese knives and learn how to waterstone sharpen them, let me make one final observation—there’s high performance and there’s high performance. Which is to say there are different levels of sharpness—and we don’t all need the very highest level to make our cooking fun and fast. Level-One sharp—where translucent wafers of raw potato can be shaved off with ease—is not a necessity for the average home cook. Heck, not even all professional chefs need this kind of sharp. But a notch or so below it—tomato-slicing sharp—is a home cook’s dream and will always make a noticeable difference. (Above, a Miyabi Artisan 8″ Chef Knife that’s beautiful, high performance, and a killer deal @ $140. Custom-designed for Sur La Table.)

And one more very very very very important caveat: Once you reach a certain level of knife quality (we’re talking roughly $80 and up), it’s not the knife, but more how well you maintain it (i.e. hone and sharpen) that determines whether it’s high performance or not. This is what KitchenKnifeGuru is all about!

Which brings us back to the second half of my title question . . . Do You Need One? By now, you probably already know if you do or not. But if you want some more input, take a look at the check list below.

You need (and will appreciate) a high performance kitchen knife if you:
– Create a fresh meal with fresh produce for two or more people at least twice a week
– Love to work with, and handle, quality things
– Don’t “cook” so much, but fix lots of salads
– Butcher your own meat, fish, or fowl
– Hate doing anything the slow, inefficient way
– Love being in the kitchen

And then again, does anybody really need a Ferrari?