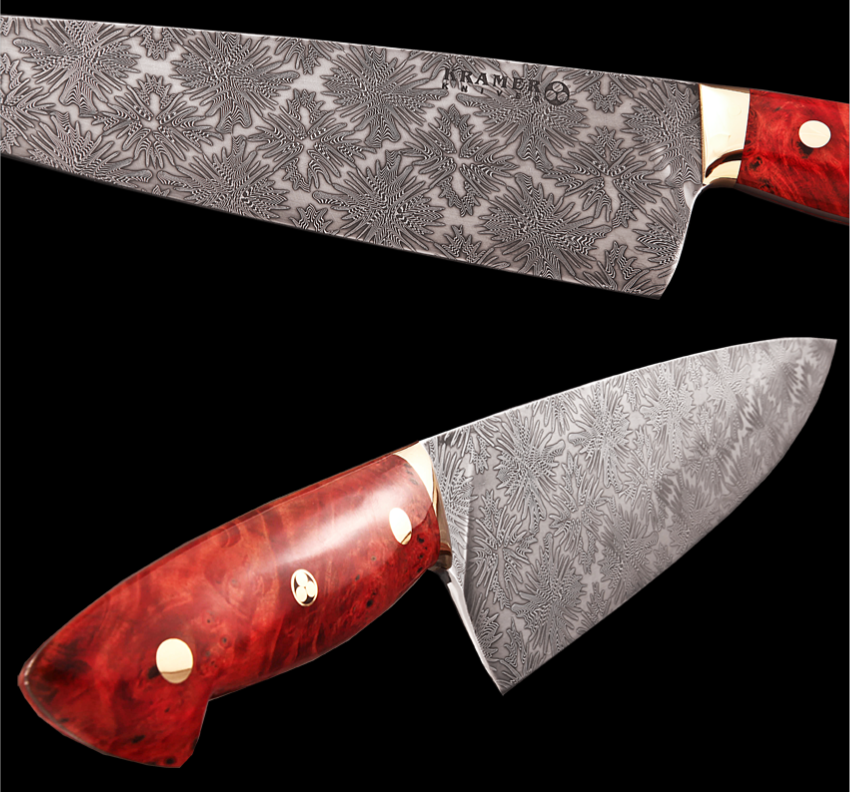 Going, going, gone! Kramer Knives just auctioned off another one of Bob’s beauties the other night—a 10-inch European style chef knife. In case you’re a newbie to the world of custom-made kitchen knives, Bob Kramer’s been one of its most distinguished and apostles for the past decade or so. Ever since he became a Master Bladesmith (a subject unto itself) and hung out his shingle in the green Northwest as a most passionate and gifted knife maker.
KRAMER KNVES If you’re curious to get the skinny on Kramer’s latest auction or learn more about the man and his work, check out Kramer Knives post haste. (You can register and explore without having to enter the auction.)

This custom chef knife came with a serious pedigree, having been purposely created for display in the American Craft Show in LA a few months back. Wow. I don’t know about you, but the (what Bob dubs) “pulse mosaic” Damascus pattern banged into the blade sort of made me gasp the first time I saw it. Is this a knife? This pulse mosaic is only one of a number of patterns Kramer fuses into his damascene blades—all achieved through layering two or more slightly different types of steel, then pounding, folding, and pounding some more, until they are one gorgeous mélange of swirling metal. (The handle is made of dyed big-leaf maple which is one of a handful of woods Bob deems worthy for knifemaking.)

The thing is—not only is this knife a work of art, but it works. It belongs in the elite cadre of some of the most wicked (and resilient) kitchen cutting machines on the planet. It will slice through 1-inch thick braided rope with a single thwack. It will hack through not one, but two, two-by-fours, without chipping or bending, and after all that, still shave the hair off your arm. I am not exaggerating. Beauty and functionality in one body. Not that anybody will probably ever use it to cut a single carrot. But that’s OK. It’s awe-inspiring to know that the cutting power is still there.

And finally. . .the answer to the question you had from the top of this article. . .what did it go for? A cool $32,200. (Yes, you saw that right.) Sure, that’s a bit rarified, but Kramer’s now a celeb, and this knife is not his standard fair. It’s entered into the status of objet d’art. (Plus, if it makes you feel any better, ten percent of the sale is donated to a very worthy charity.) Bob still custom forges plenty of other Kramer knives that go for a mere six grand, which is still a lot, but at least not the price of a car. 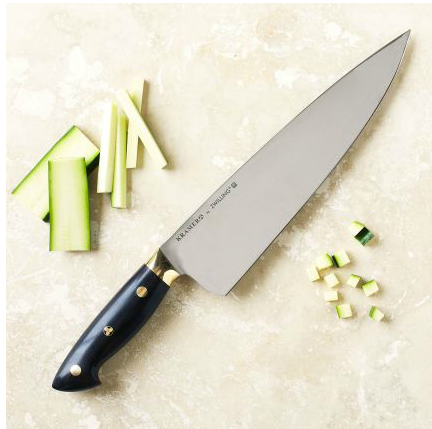 Now . . . if you want to drop down out of the stratosphere and find something quite a bit more affordable, you should consider Kramer’s factory-made model, designed in league with Henckels. At a measly $300 (everything’s relative, isn’t it?), it feels like a steal. Yet it has many of the same features and styling of its arty cousin—high quality steel; thin, but extra-wide blade; perfect balance—and, believe it or not, it should be just about as sharp. My favorite professional sharpening service swears it’s “the best knife in the world.” Maybe a blast of intentional hype—but I think there’s something behind it. For the serious aficionado, it’s worth a serious look.

P.S. If you’d like more details on the Kramer knives made with Henckels, see my article Bob Kramer Knives — Why Spend $300 on a Chef Knife? 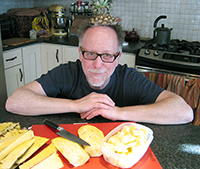 For more tips on kitchen knives, check out my latest interview on Cilantro.com.